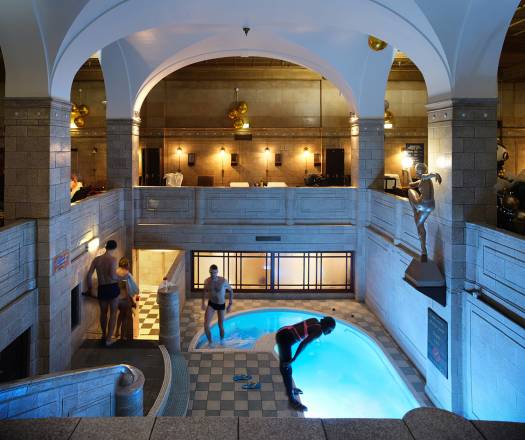 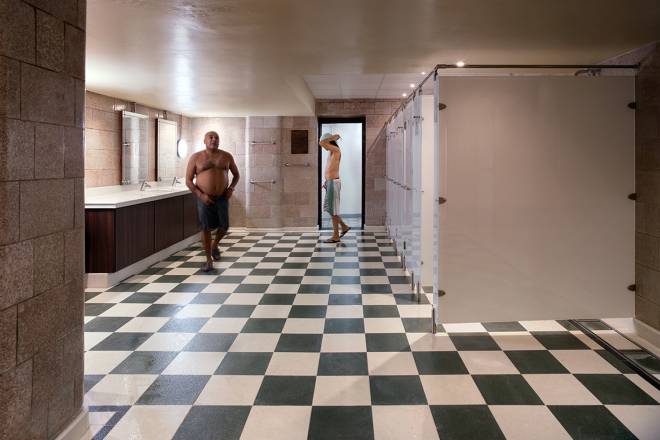 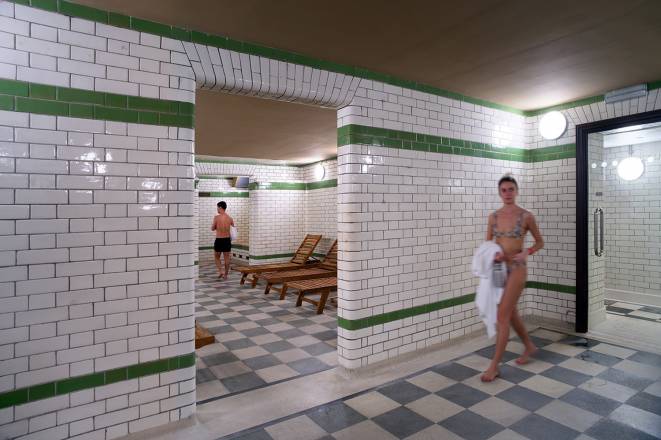 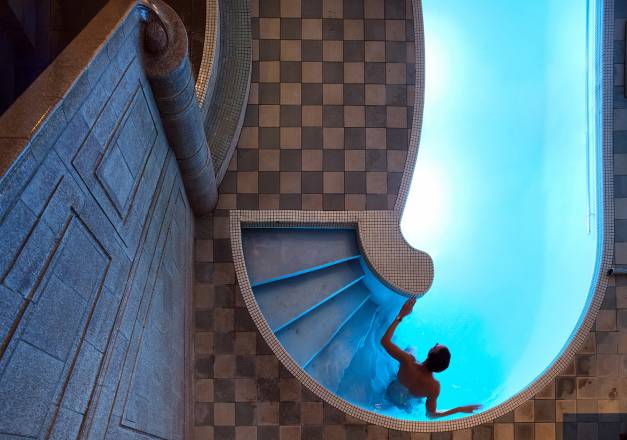 This much loved heritage building has been in continuous use by the local community and visitors alike, throughout its almost 100 year history. Its iconic status as London’s first spa and proximity to Paddington Station makes it a highly popular destination for visitors to the capital.  The Spa has survived largely intact through numerous renovations and re-developments over the years, but as its first century anniversary approaches a major restoration and preservation project was required.

Space and Place together with Everyone Active and Vincent Stokes on behalf of Westminster City Council  faced a formidable challenge in restoring Porchester Spa.  Key works included alterations and refurbishment to the existing basement Turkish Baths.

Phase 1 of the restoration was completed in time for Porchester Spa’s 90th birthday celebrations. This included all key wet areas – the existing marble slabs wet treatment areas; individual hot and cold showers; warm and hot steam rooms and original Turkish hot room. Phase 2 works works will be  underway with re-tiling of the pool surround and an extension of the original ornate ceiling upstairs to create an ambience that is consistent with the ground floor.