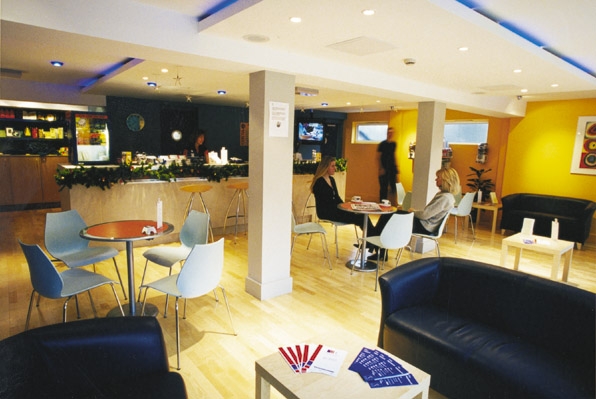 The conversion of the former Trebor Sweet Factory into a Topnotch Health and Fitness Club required sensitive internal planning to make the most of the unusual coffered roof light arrangement of the existing building. The club is all on one level and has a floor area of 2250 m2.

SPACE & PLACE’s brief was to create a club which fits the company philosophy ‘Dare to be Different’. The final design has a young, contemporary and vibrant image. A combination of strong primary colours and theatre lighting makes the fusion of fitness and nightclub a reality throughout, appealing to the Topnotch target market of 18-35 year olds. Unlike most other operators, the Topnotch formula involves splitting the gymnasium with its several areas each with its own identity – Powerzone, Cardiovascular, Free Weights and Resistance gyms.

S&P provided full architectural and interior design services and assisted with the in-house project management. The Health Club in Colchester is just one of a number undertaken in the UK with Topnotch. This project was successfully completed in January 2001 at a cost of £1.5million.