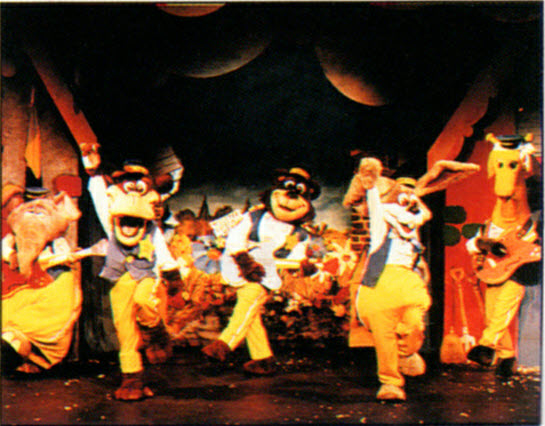 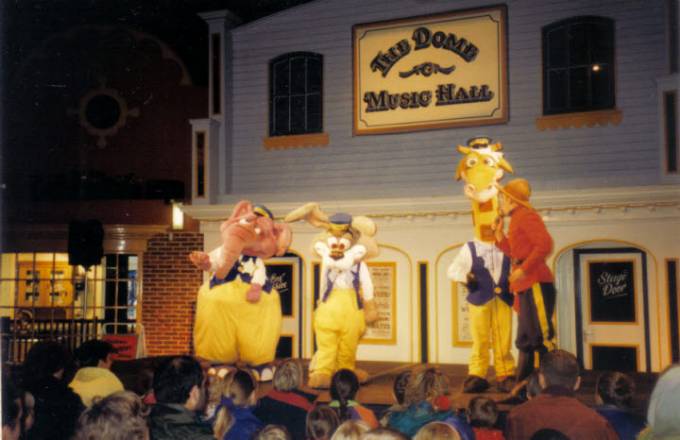 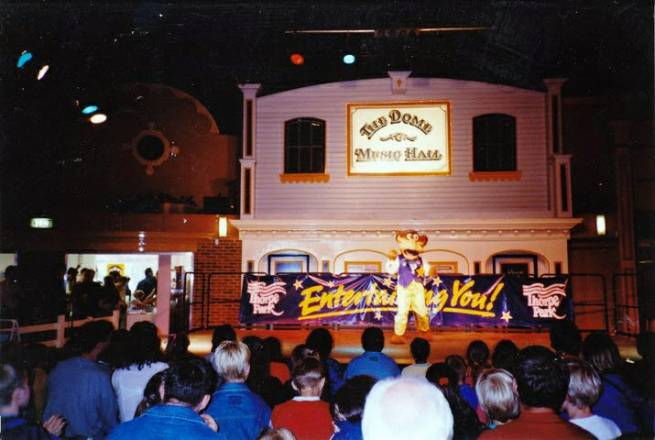 Dizzy’s Den was an inside soft play area to entertain the smaller children visiting the park. It was located in front of the Children Ride Area/Octopus Garden.

Mr Rabbit was Thorpe Park’s original mascot from the early 1980s – 1988. As a mascot, Mr Rabbit was often seen in different costumes where he was the star of his own indoor theatre style children’s show in the Club House.

The stage and scenery was designed to look like Mr Rabbit’s own home with a large area in front of it for everyone to sit and enjoy.