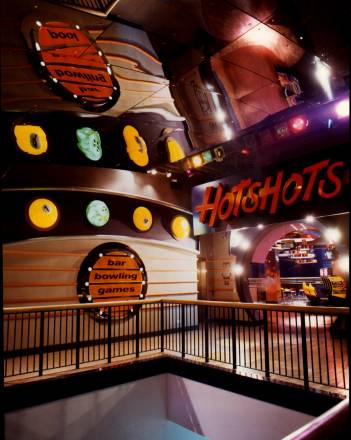 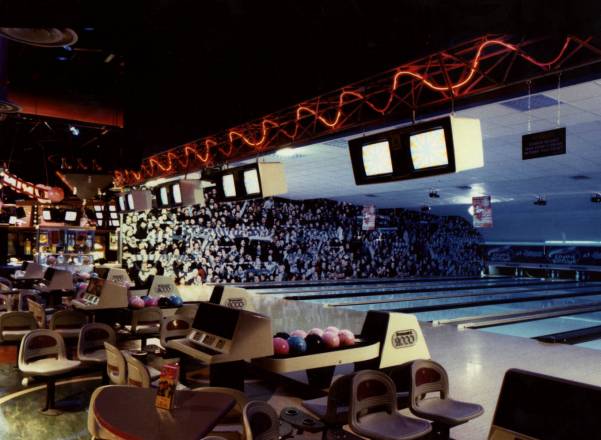 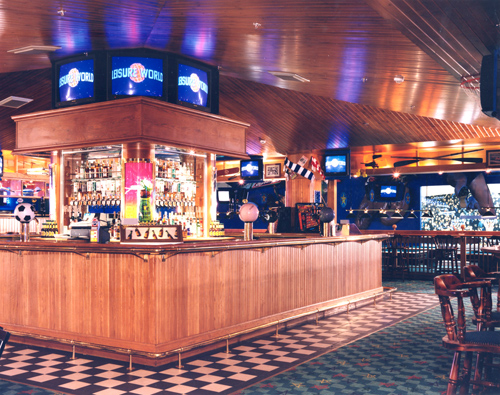 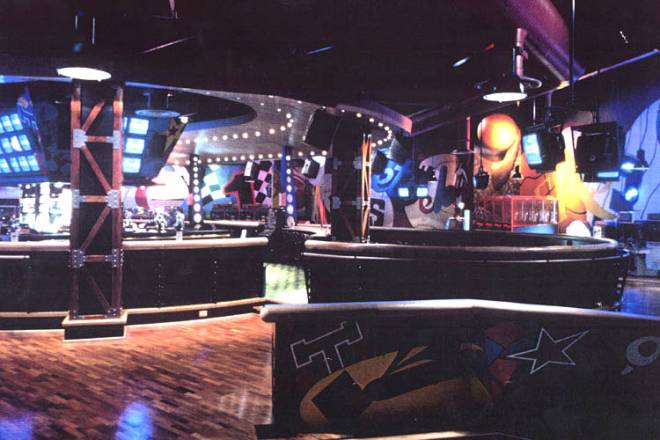 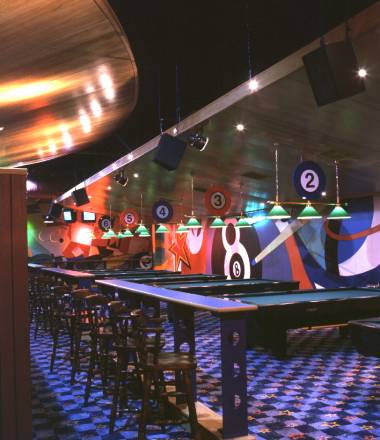 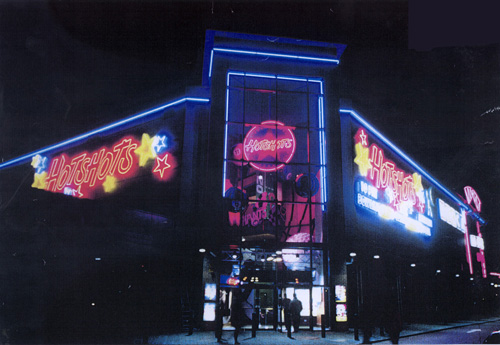 For a period of over 5 years between 1995 and 2000, SPACE & PLACE worked for Rank Entertainments on the new concept of the ‘Hotshots’ venues around the UK.

‘Hotshots’ was adapted from an American idea with venues designed around a sports-themed bar area.  These were designed and built in Glasgow, Dagenham, Hemel, Southampton, Coventry and Wirral and Maidstone.

The bars incorporated large TV screens, showing live sports, and had associated seated areas with waitress service of food and drink.  Other entertainment zones such as 10-pin bowling, amusements, live entertainment stage, pool tables and games zones were also incorporated into the design.

The venues were a combination of stand-alone entertainment attractions or were used in larger family entertainment centres as feeder venues for associated nightclubs.