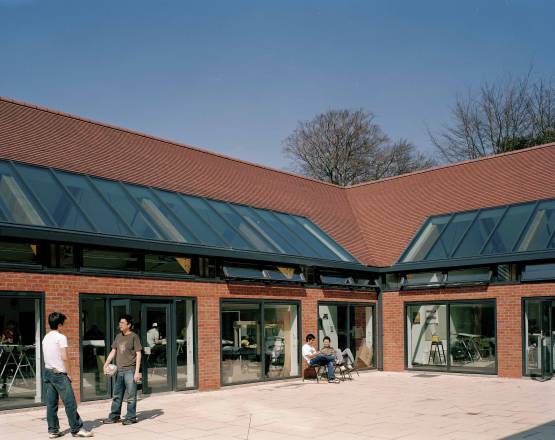 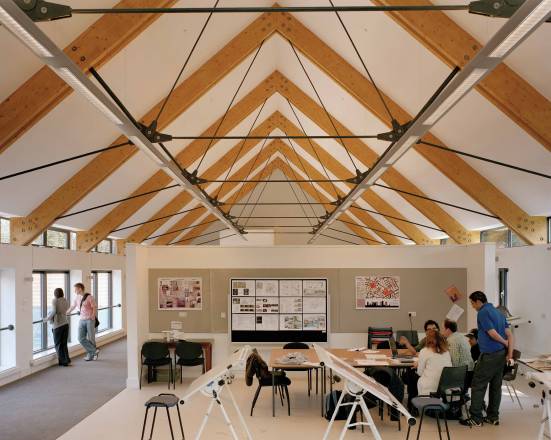 Following their success in a limited design competition, SPACE & PLACE was commissioned by the Estate Department at the University of Nottingham to progress designs for studio accommodation for the School of the Built Environment.

The existing studio accommodation was housed in a series of single storey blocks, including unsatisfactory temporary buildings. Following the schools’ expansion, the University called for a new studio facility to be located within the specified boundary around the School of the Built Environment.

Factors such as natural lighting and ventilation were the catalyst for the design of this studio building. This resulted in a simple rectilinear building form of approximately 15m wide, allowing daylight to penetrate the building and views out across the landscape. Clerestory roof lights and a void along the centre of the first floor allow daylight to enter at a high level.

Cross ventilation is provided via opening panels within the façade within the zone of the external glazing. At ridge level, a number of the clerestory roof lights can be opened via a building management system to ventilate potential heat build-up below the ridge, via stack effect.