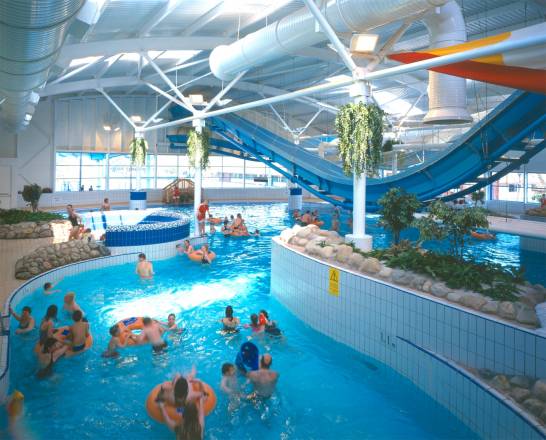 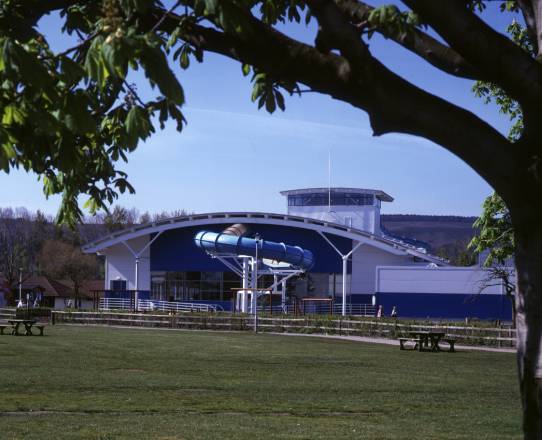 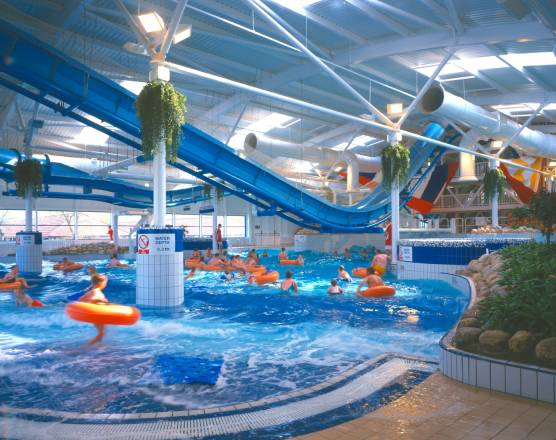 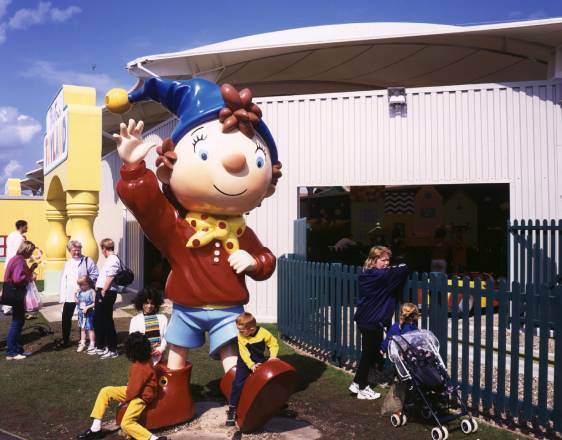 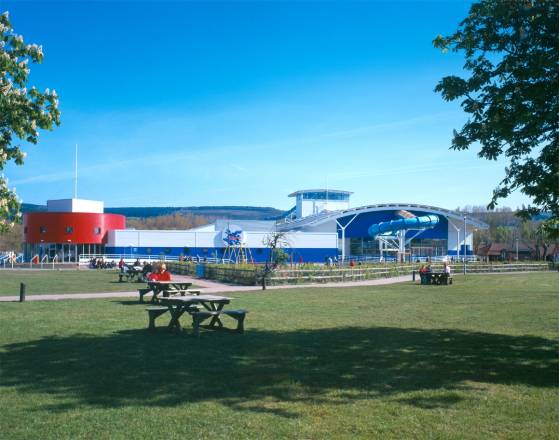 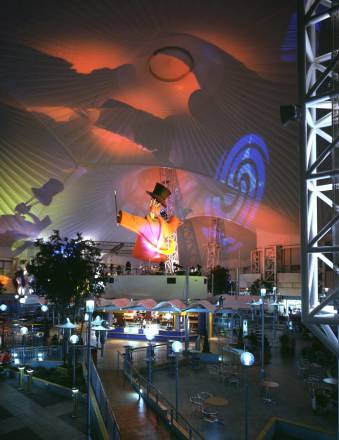 SPACE & PLACE was appointed in 1997 to undertake the master planning of a £150 million ‘Vision 2000’ redevelopment of the extensive Butlins Family Entertainment Resorts, including their resort on the English south west coast at Minehead, Somerset, now the Butlins Resort Minehead owned by Butlins Skyline Ltd.

The redevelopment was planned to bring the resort into the 21st century and update/replace the existing facilities. In addition to the master planning, S&P’s appointment also included the redevelopment of the entire central entertainment venues, removal of an existing outdated monorail system and the extension of the existing Oasis indoor pool to incorporate substantial leisure facilities. The development centred upon installing a large tensile fabric structure to provide an all-weather enclosure subsequently referred to as the ‘Skyline Pavilion’.

The 7,300 square metre Skyline Pavilion at Minehead was designed and co-ordinated by S&P and its design team, to link all the entertainment venues and provide a high capacity lively atmosphere, protected from the environment, with bars & restaurant seating, entertainment and staged performances including high wire acts and extensive theming to emphasize the holiday atmosphere.

The work was undertaken during two winter shut-down periods commencing in 1997 and completed in 1999 ready for the new Millennium. This avoided having to close the resorts for the intervening holiday seasons, ensuring that Minehead continued to provide resort wide facilities for its customers throughout.