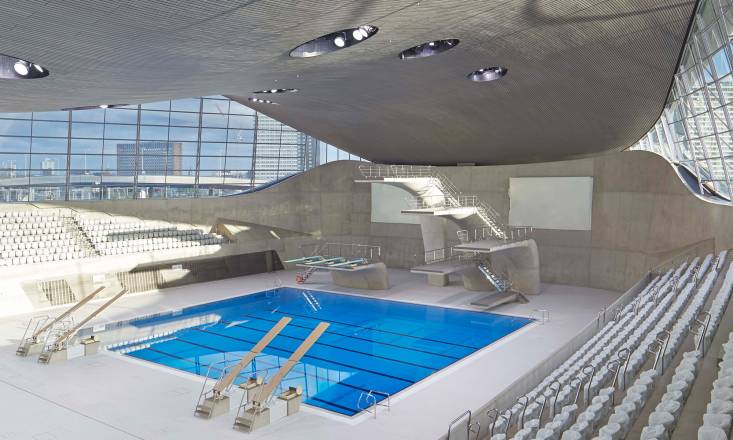 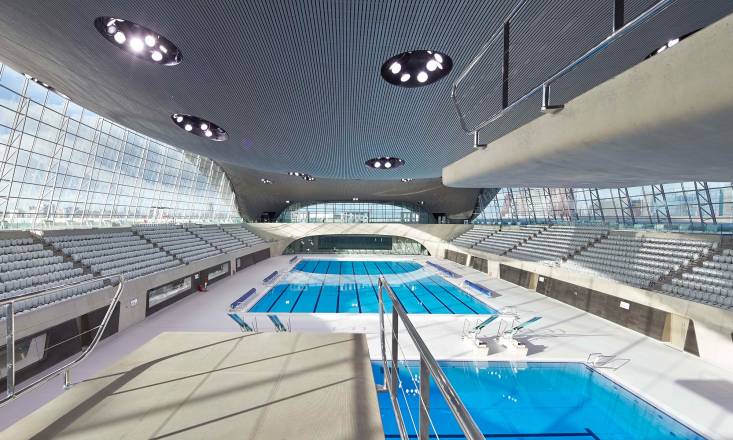 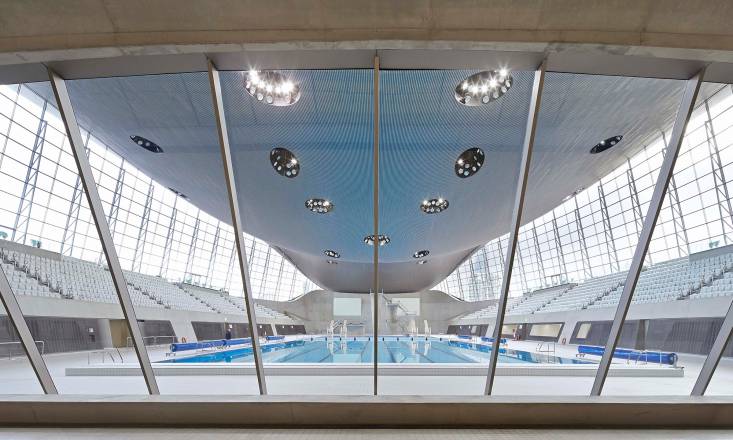 #London2012. The London Olympic and Paralympic Games were a spectacle in which all of Britain came together to watch and celebrate the capital host a showcase of the worlds most talented athletes compete in sports ranging from fencing to dressage. One of the key event categories was that of swimming, held in the London Aquatic Centre – designed by SPACE & PLACE and Zaha Hadid.

Whilst the legacy of London 2012 lives on in the continuing regeneration of competitive sport and a renewed focus of the ’Get Britain Moving’ health & exercise movement, the London Aquatic Centre opened to the public in March 2014, with Greenwich Leisure Ltd recently welcoming its one millionth visitor to the centre.

In addition to being open to public, the LAC is also still a key venue for sporting events such as the Invictus Games and LEN 2016.

S&P was shortlisted for RIBA Building of the Year 2014, and Winner of Designing for Champions – Special Recognition 2012 (IBA, Institute of Structural Engineers and New London Architecture) Best Use of Tile within the Leisure or Hospitality Industry 2012 (Tile Association)and Commercial Pool of the Year 2013 (UK Pool & Spa). Both public and industry agree: the London Aquatic Centre is a great architectural building.