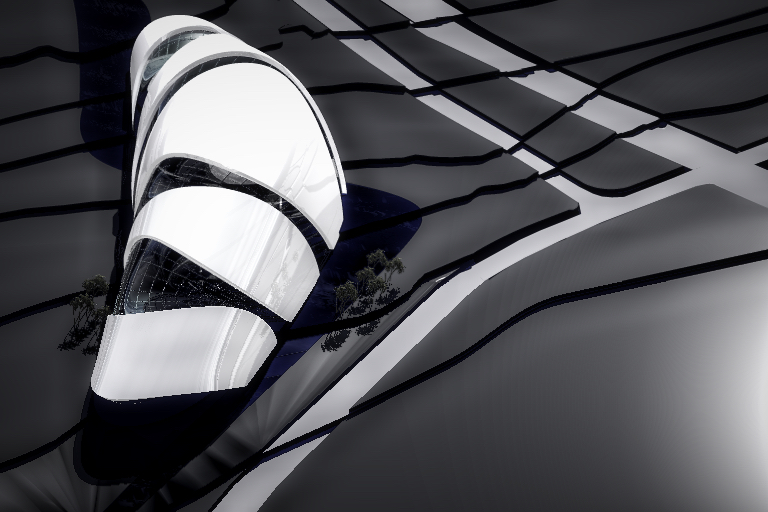 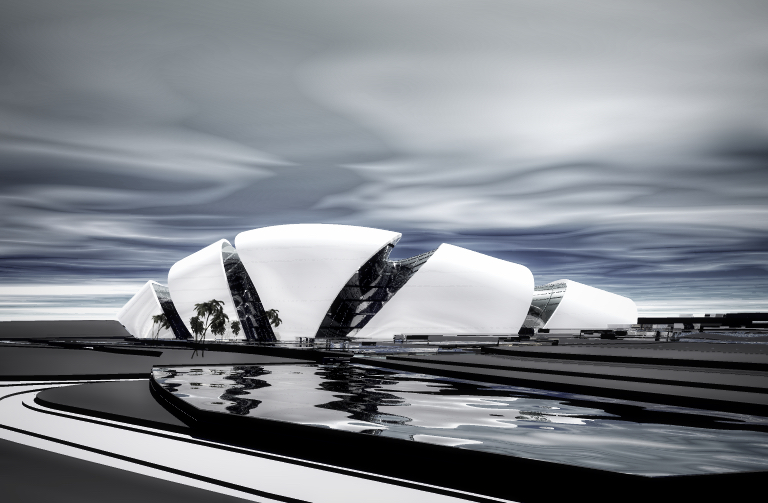 The team were appointed by the client Muscat Municipality via an International design competition to produce an iconic mixed use building that will help put Muscat on the tourist map. The building is to be located at airport heights and will form part of the expansion to Muscats International Airport, which has been under construction for several years and will replace the existing out dated Airport.

Proposals included the contemporary design and visualisation of a facility that provided a Gateway to Muscat, a facility or mixed use such as restaurants, shops, fine dinning, and recreational facilities.