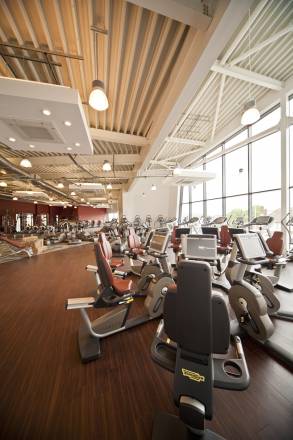 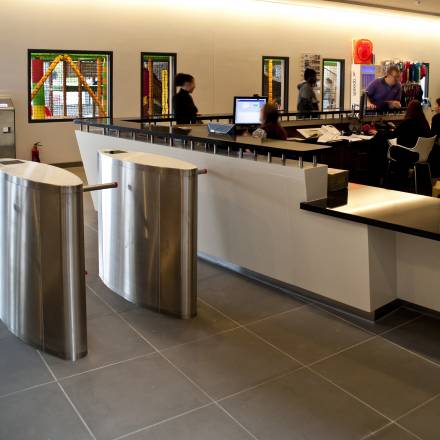 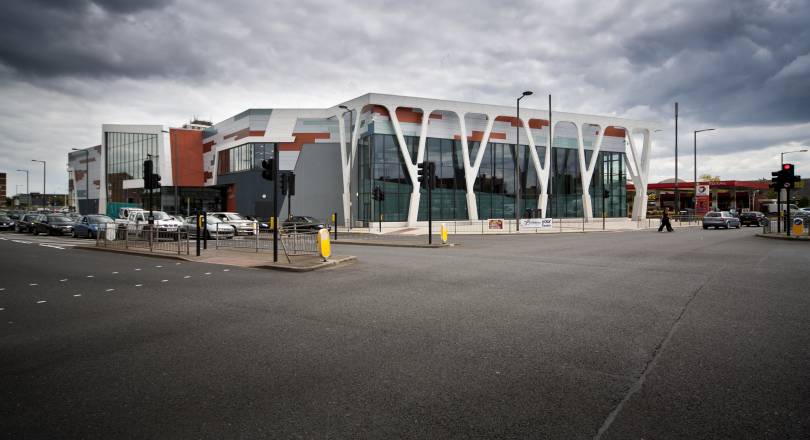 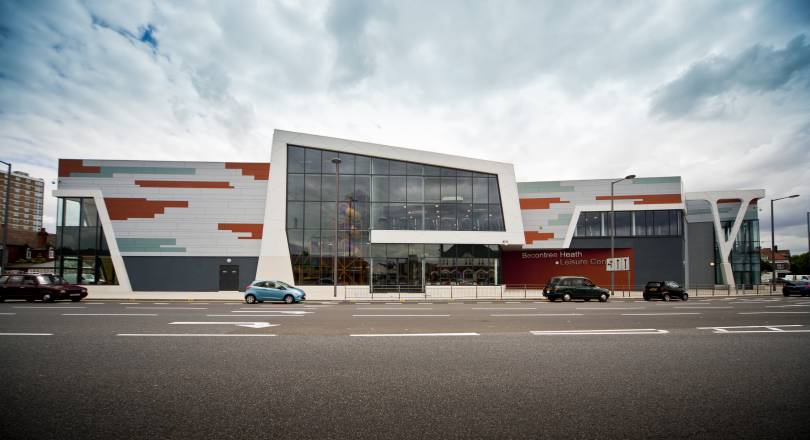 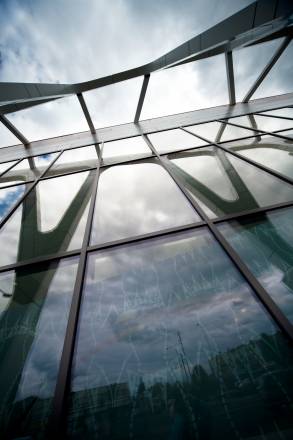 The Becontree Heath Leisure Centre continued the London Borough of Barking and Dagenham Council’s commitments to the regeneration of the Borough, and was completed and opened to the public in 2012.

The £23m scheme SPACE & PLACE designed contains a ten lane 25 x 25m pool, a learner pool, a 4 court sports hall and a 100 station gym. In addition, a play area and community space ensures all areas of the population are catered for.

The design sits boldly on the Merry Fiddlers crossroads, presenting the pool hall to the public where the existing 1960’s pool was “lost” to view.  The challenge with this building was to fit it into the urban framework of Dagenham as this location is not in the city centre, but is a landmark focus for the whole regeneration process.

The tree structures reflect the ancient Becon tree which reputedly grew on the site at the turn of the century.