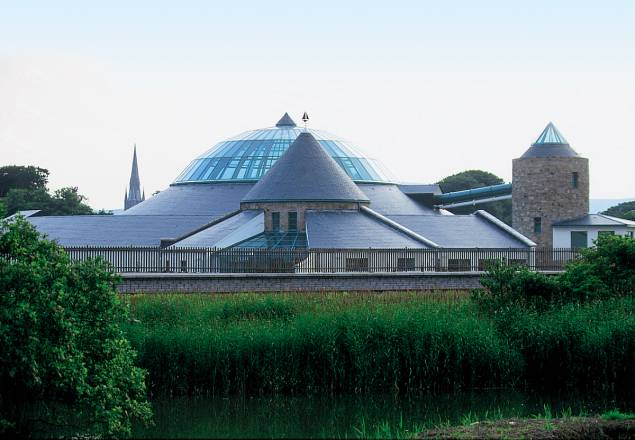 Historically, Tralee took second place to neighbouring Killarney as a tourist destination, so in the mid 1980’s the local authority decided to commission several attractions, including a new leisure pool, in order to attract tourists.  SPACE & PLACE was commissioned to design this facility.

Internally the building incorporates a stone castle ruin as the anchor to the theming which is fronted by a large wave pool with a long meandering lazy river wrapping around the perimeter of the building.